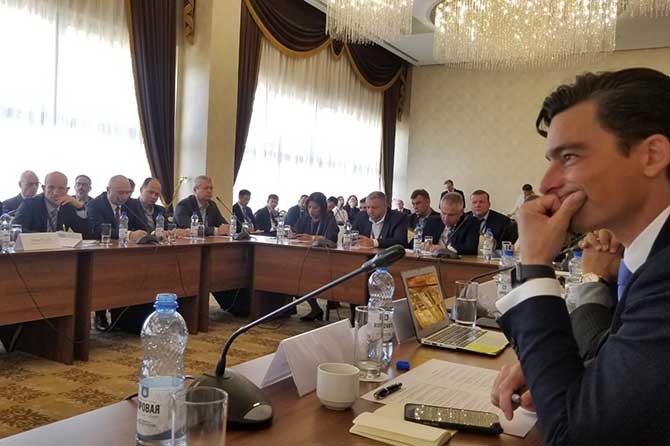 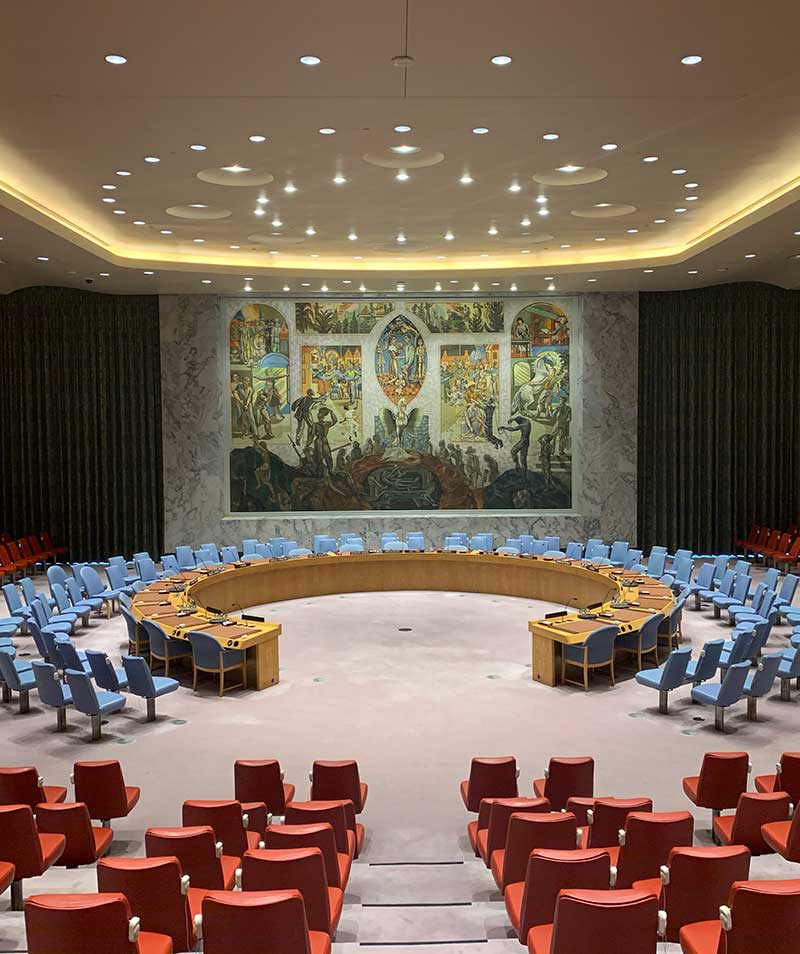 Recognizing the potential of businesses to drive positive change, we make it our business to put conflict out of business by bringing together private and public partners.

Our people have a successful track record in dealing with the silos that often manifest when private and public partners are involved. They bring strong combined expertise in international diplomacy and cooperation, data processing, information exchange, and innovation for the people on the ground in operation.

Our staff drafted and negotiated legislation, initiated and executed international technical capacity building programs. To raise awareness in complex environments, they designed, built, and hosted multiple multi-lateral serious games for policymakers, law enforcement professionals, and public. They’ve also created and provided multiple workshops and trainings for intelligence and law enforcement agencies on cross-government cooperation. In our capacity-building efforts, we designed, built, and implemented software for advanced data matching-, analysis, and exchange plus set up fusion and targeting centers. To achieve lasting results and public support, they conducted awareness campaigns and developed policies for international security issues and their multi-year implementation.

Having launched global programs countering terrorism, crime and state violence, we know how to get results that make a real difference on the ground.

We bring extensive knowledge of the key details behind international cooperation, operations, and legislative cores to increase stability, peace and security. 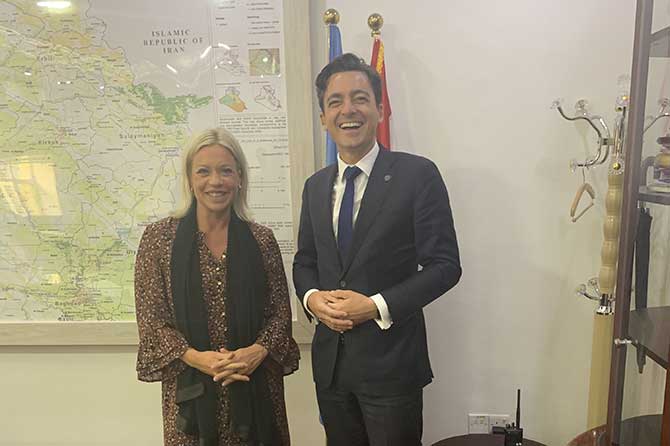 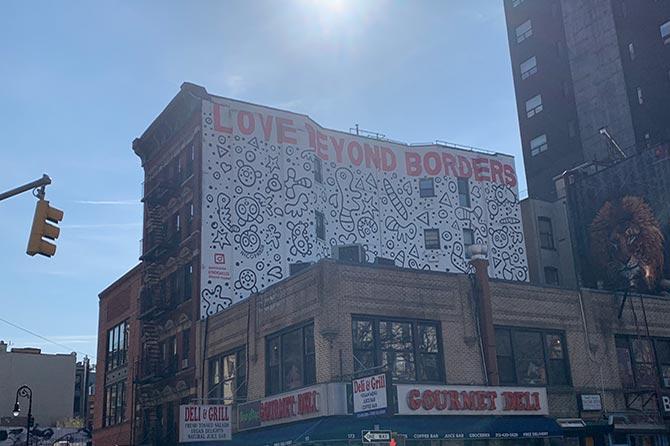 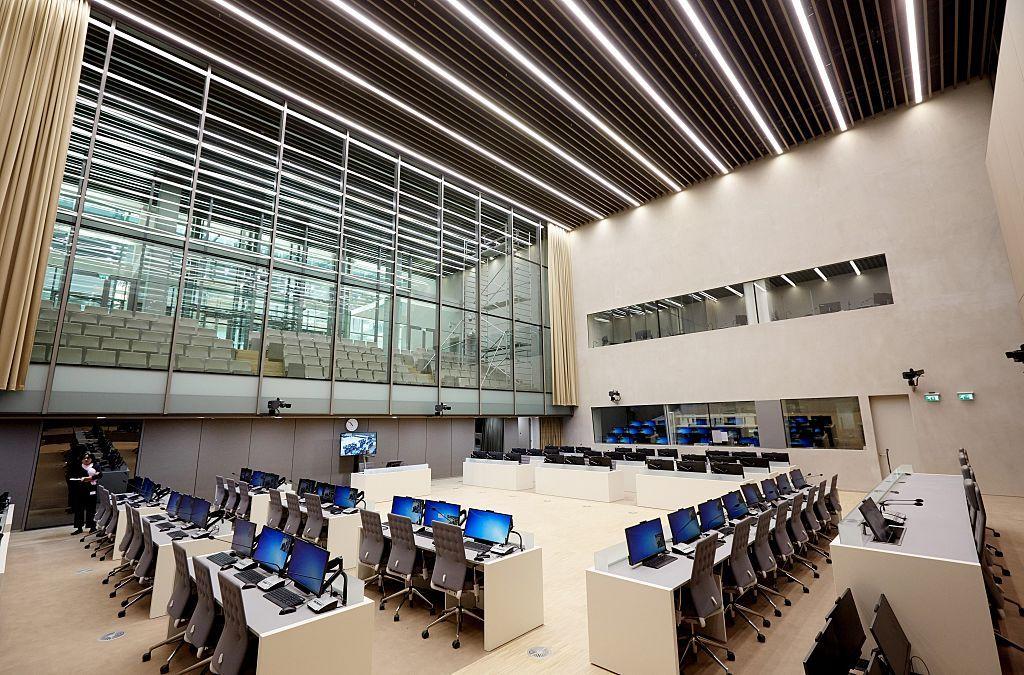 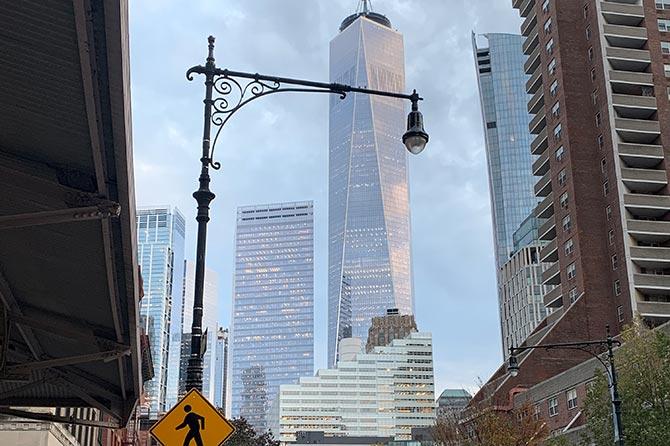 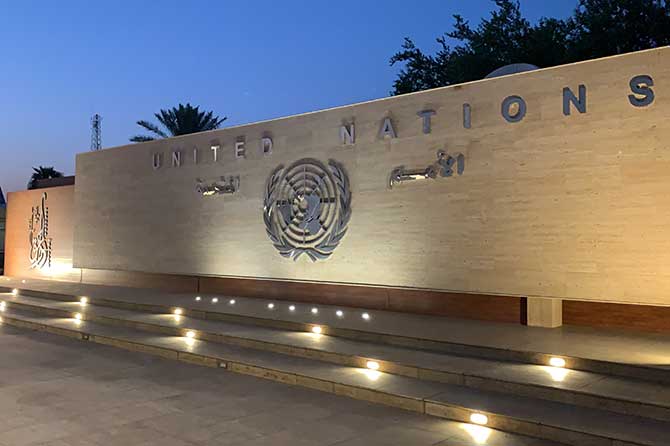 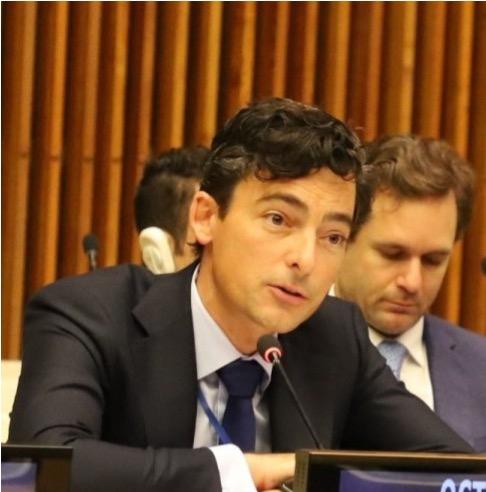 Jelle leads the foundation with a long track record in field operations, policy development, and international diplomacy in the justice & peace domain. He is a former senior representative of the United Nations and as Chief responsible for the design, fundraising, and execution of several global initiatives, such as the UN Countering Terrorist Travel Programme and Aviation Security of the UN Office of Counter-Terrorism (UNOCT). Jelle and his team supported many countries with new legislative frameworks to enhance international cooperation and information exchange, and built innovative technologies to process large volumes of data to detect and stop terrorists and organized crime. To track down the offenders, and bring them to justice.

Before joining the UN, Jelle directed multiple large programs with the Dutch Ministry of Justice and Security, terrorism and organized crime at the office of the Coordinator for Security and Counter Terrorism (NCTV). He provided executive leadership in implementing national and international strategies, operations, and projects, advised parliament and political leadership and built innovative systems and processes against known and suspected terrorists and serious criminals. He created the national targeting center and constructed the central detection system, the Travel Information Portal (TRIP), a cutting-edge technology, shared with several allied countries of The Netherlands before being donated to the United Nations during the UN General Assembly in 2018.

Before the Ministry of Justice he served at the Dutch General Intelligence and Security Service for ten years as an intelligence officer on some of the most prominent dossiers involving domestic and international threats. Jelle also has a private sector background as a  organizational consultant at Deloitte and Touche. He is an architectual engineer. 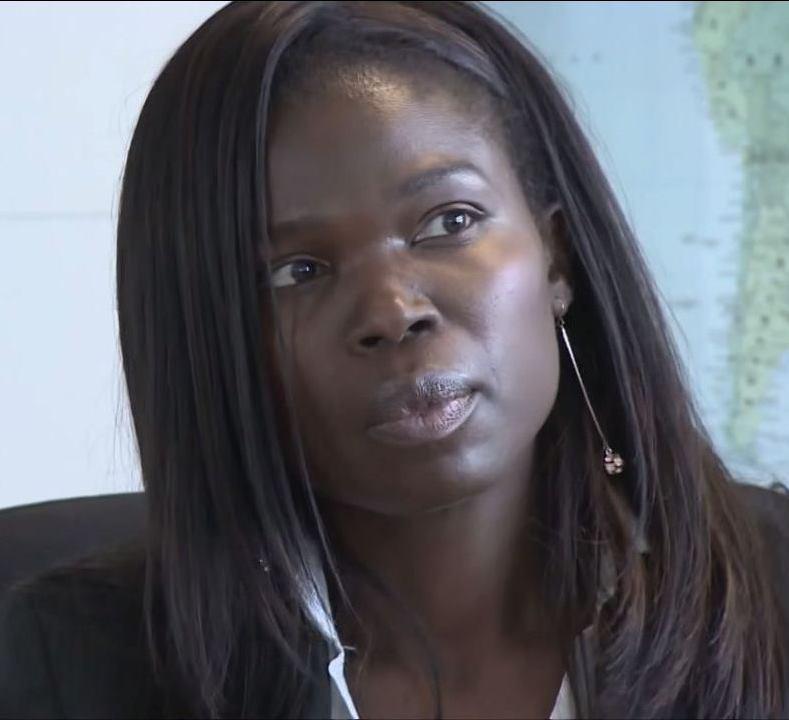 Florence is a lawyer by education and has over a decade of experience in international public relations, media and outreach. As former Public Information Officer of the Office of the Prosecutor at the International Criminal Court in The Hague, she has extensive experience with the complexities of narratives and reporting on human rights violations and the protection of international justice mechanisms. With her own history as a refugee from Uganda to the United Kingdom, she has dedicated herself to building new partnerships to strengthen human rights. And protecting those in need.

In her work, Florence has activated partnerships cross-discipline, where diplomats meet victims and creative industry inspire youth to choose a pathway of prosperity rather than destruction. With her creative and warm attention establishing new networks, she builds unique partnerships with those directly shaping international peace, justice, and security.

She is also the Co-Chair of The Hague Justice Portal since 2015. This noble initiative promotes, and provides greater access to high quality background materials for courts and others working in the field of peace and justice. The Portal was officially launched by Her Royal Highness Princess Margriet of the Netherlands in The Hague on 6 April 2006.

Florence holds a Master degree in International Relations with Distinction from Staffordshire University and a Bachelor of Laws degree with Honors from the University of Westminster.

Lou is an experienced senior advisor and project lead with over 15 years in implementing strategies and measures to enhance intergovernmental cooperation on sensitive political matters.

As a senior legal specialist and strategic advisor for the United Nations Organization for Migration, the Organization for Security Cooperation in Europe, and European Commission funded projects, she is an internationally recognized expert in the processing of personal data and use of technology in the area of counterterrorism and law enforcement.

Before, for the Government of The Kingdom of the Netherlands, she negotiated and implemented various complex international dossiers such as the EU PNR Directive, equal treatment and fundamental rights, and the intricate play between security and privacy. She was the project lead for a global technology project co-funded by the European Commission and with over 14 countries as partners, that successfully built a new network for hashed data exchange. As a global ambassador for positive effect of technology and innovation in security, she executed and coordinated international cross-agency missions to bring together executive bodies and enhance their cooperation. Her work in this area got her a position in the United States Department of State International Visitor Leadership programme.

“Over the many years of working together, I have seen this team put things in motion where others couldn’t. And always for the greater good. With their track record, passion, and innovative approach they make an actual change in the peace and justice domain. It’s exciting to see their impact continues to grow.”

We are a non-profit NGO with PBO status.

This site uses non-functional cookies only for statistical purposes. By continuing to browse the site, you are agreeing to our use of cookies.
OKNo
Manage consent

This website uses cookies to improve your experience while you navigate through the website. Out of these, the cookies that are categorized as necessary are stored on your browser as they are essential for the working of basic functionalities of the website. We also use third-party cookies that help us analyze and understand how you use this website. These cookies will be stored in your browser only with your consent. You also have the option to opt-out of these cookies. But opting out of some of these cookies may affect your browsing experience.
Necessary Always Enabled
Necessary cookies are absolutely essential for the website to function properly. These cookies ensure basic functionalities and security features of the website, anonymously.
Functional
Functional cookies help to perform certain functionalities like sharing the content of the website on social media platforms, collect feedbacks, and other third-party features.
Performance
Performance cookies are used to understand and analyze the key performance indexes of the website which helps in delivering a better user experience for the visitors.
Analytics
Analytical cookies are used to understand how visitors interact with the website. These cookies help provide information on metrics the number of visitors, bounce rate, traffic source, etc.
Advertisement
Advertisement cookies are used to provide visitors with relevant ads and marketing campaigns. These cookies track visitors across websites and collect information to provide customized ads.
Others
Other uncategorized cookies are those that are being analyzed and have not been classified into a category as yet.
SAVE & ACCEPT
Powered by